Two of Buffalo’s hottest emcees drop new music videos at Midnight Jun 21, 2019. A.I. The Anomaly and Zaydok the God Hop MC. Both are veterans in the game, but both have been in the spotlight lately at events around the US and features in music projects. A.I. has been featured on Rapzilla’s freshman class list, while Zaydok has been rolling with Sevin and the HOGMOB. Check out both of their latest videos below.

Both artists are members of the super group Rebel Against the World, or R.A.W. They are the up and coming Christian Rap movement out of Buffalo NY that is ready to shine a beacon of light in the rap music world as well as their own community. Formed in 2014, this collective of God fearing artists and producers is extremely talented and has chosen to use their gifts for the promotion of the gospel as well as to tackle the serious issues of life. Coming from the inner city they carry a message of hope but also speak against the rampant negativity that is passing for the current rap genre which is fully pushed over the air waves by corporate interests. Armed with God’s word and the conviction of repented hearts these top notch hip hop artists are ready to unleash some of the hottest rap music yet heard in the CHH genre and through this medium R.A.W is convinced that they can help turn many listeners toward God and help them to … Rebel Against the World !! @rawbuffalony 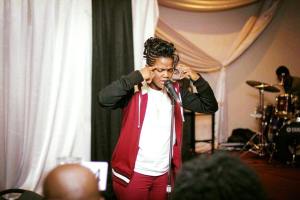